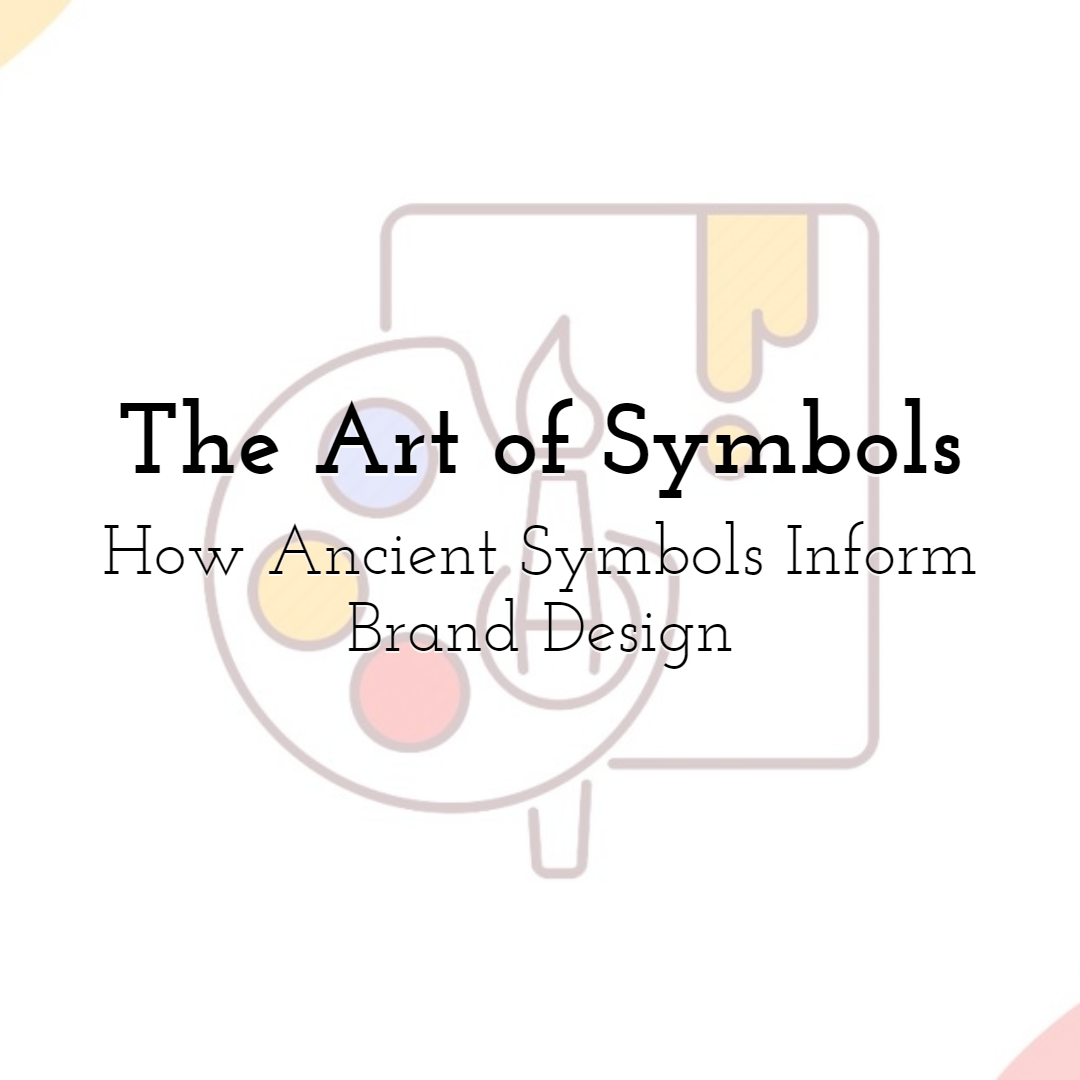 After air, food, and water, communication is essential for human survival and growth. Communication is not only a tool to connect, but it is also the sole reason that human history transferred from one generation to another. During the primitive times, humans had already learned to communicate through brand symbols, which they used to paint in their caves.

As time passed, humans became better with their designing skills and started using symbols as their primary communication source.

A petroglyph is an image created by removing a stone's surface by carving, incising, or rubbing on it. This technique of creating symbols was used in around 22,000 BC. Other forms of communication may have existed, but only petroglyph paintings have survived due to their durable nature.

The signs of petroglyphs have been found all around the globe except Antarctica. However, they were mostly discovered in Africa, North America, Australia, and Siberia.

The purpose of these symbolic paintings is not fully known. Still, according to the little knowledge we have on the subject, it shows that the petroglyphs symbolized different meanings depending on where they were discovered.

Some depict the geographic significance of the surrounding terrain, while others have some symbolic meaning associated with the cultural and religious rituals.

Pictograms were used for labeling purposes around 9000 BC and became popular around 5000 BC. Pictograms provided a base for Egyptian scriptures and many other logographic writing systems.

Pictograms further evolved into ideograms. Unlike the ancestor that was only capable of representing anything resembling their form, ideograms were able to communicate the ideas as well. Not only could it tell about the sun, but also about concepts of heat, light, and day.

In other words, ideograms could convey complex phrases, where the two sticks can not only mean legs but also represent walking.

Many symbols represented the same meaning across different civilizations. For example, an eye with a tear meant sadness among Aztecs, Chinese, and Egyptians. Ideograms were precursors to logographic writing scriptures like Egyptian hieroglyphs and Chinese characters.

Egyptian hieroglyphs were used in ancient Egypt. With 1000 characters, it was one of the earliest writing scriptures containing logographic, syllabic, and alphabetic elements. The scripture is quite symmetrical and detailed.

Hieroglyphs are more or less symbolic; the scriptures contain abstract and fundamental elements, simplified but recognizable in form. Due to their symbolic nature, hieroglyph phrases can have more than a single meaning. 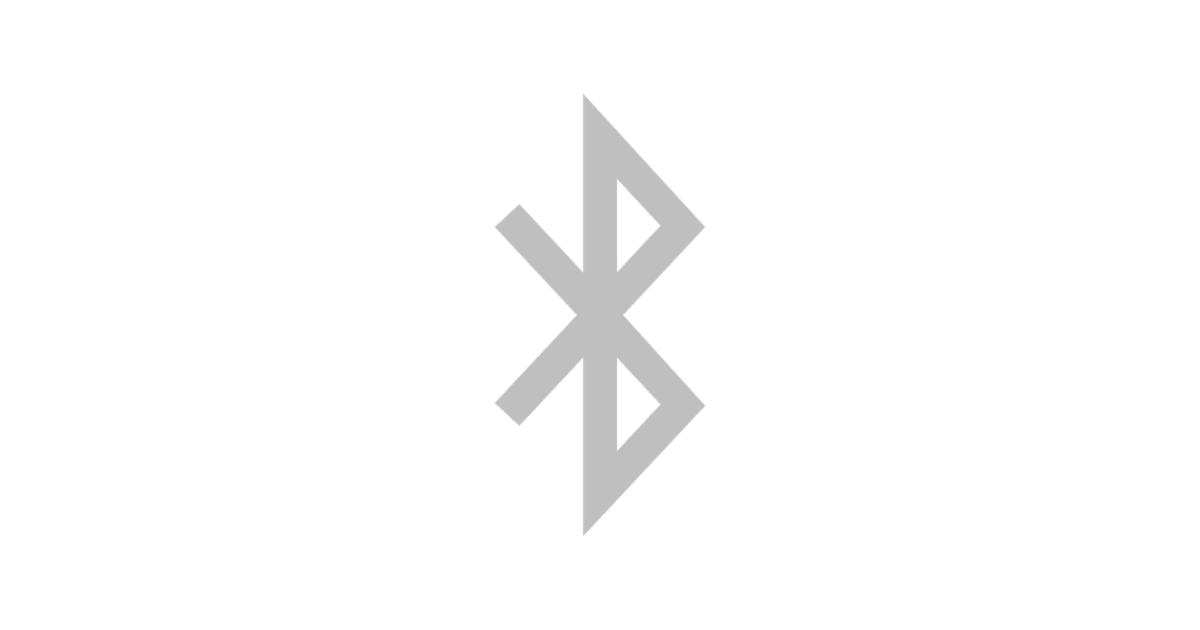 The Bluetooth symbol is derived from the initials of a Danish Viking King, Harlod Blatand, who united Denmark and Norway. Bluetooth, also being a technology that connects different devices, derived its symbol from the King's name. It is a merger of letters Nordic H and Nordic B.

The creators thought the name fits because the technology also unites cellular and PC industries.

The Apple's Command Key is inspired by an ancient symbol called the Gorgon Loop. It is also used all across Nordic countries on road signs to highlight the places of interest.

The symbol has been observed on multiple ancient objects discovered throughout Northern Europe. The oldest symbol was found carved on picture stone from Hablingbo, Gotland, Sweden. It is said to be created between 400to 600AD.

The symbol was also carved on houses and other valuables to protect them from evil spirits and bad luck. The oldest discovered sample is of 1000-year-old wooden skis. 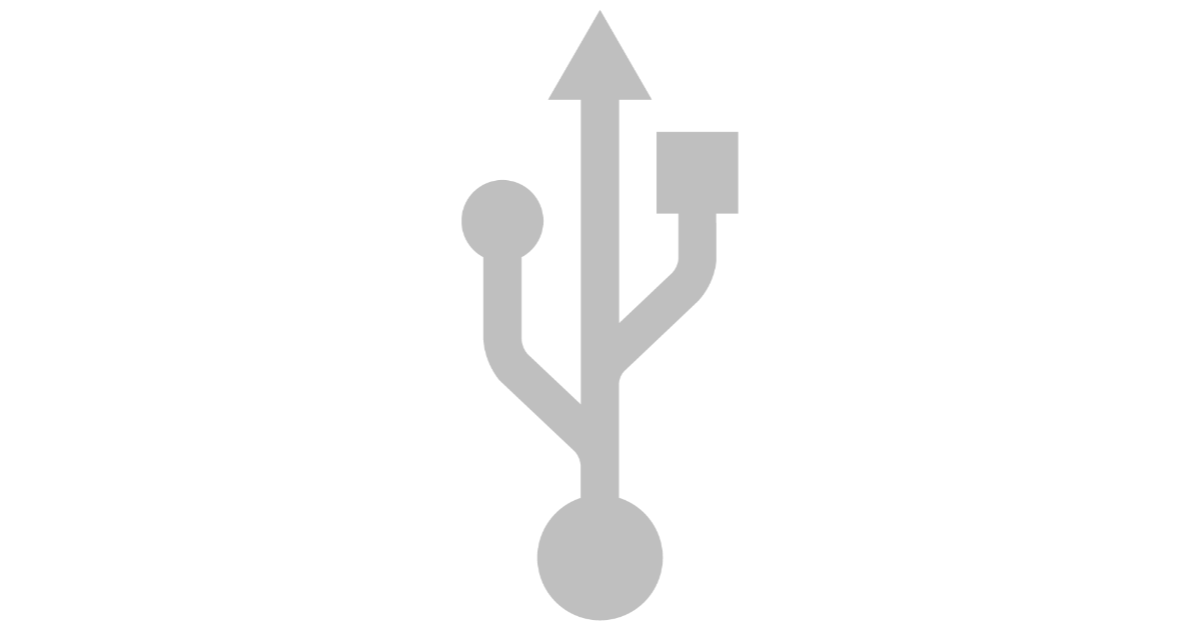 Neptune's trident inspires the USB symbol. The trident represents three properties of water: drinkability, liquidity, and fecundity. Other shapes on the USB symbolized the different devices it can attach to. 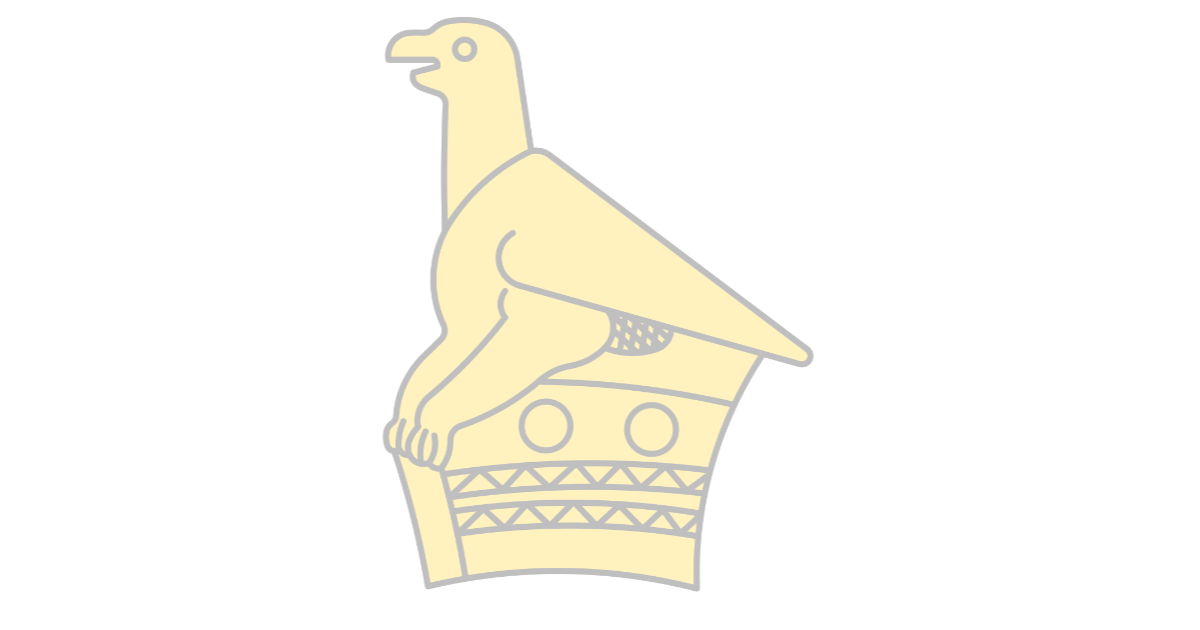 A golden bird adorns the national flag, coat-of-arms, and several other organizations of Zimbabwe. The symbol depicts a statue steeped with meaning for the African people.

The original carving belongs to the set of eight avian statues discovered from a prehistoric site now included in UNESCO's world heritage sites. The carving is said to be a thousand years old.

Nike, The famous shoe brand, is named after the Greek goddess of victory. The swoosh logo, which may appear to be simple, actually represents the wing of the goddess.

According to Greek mythology, the swoosh sign gives the warriors immense power and inspires them to achieve victory. Therefore, if you look at the brand message, it is also heavily inspired by ancient mythology.

Starbucks is a global coffee chain. It uses a twin-tailed siren, a creature from Greek mythology, in its logo.

According to the scriptures, these creatures are beautiful but dangerous at the same time. These sea creatures lured seamen and sailors to death with their addictive beauty and voice. 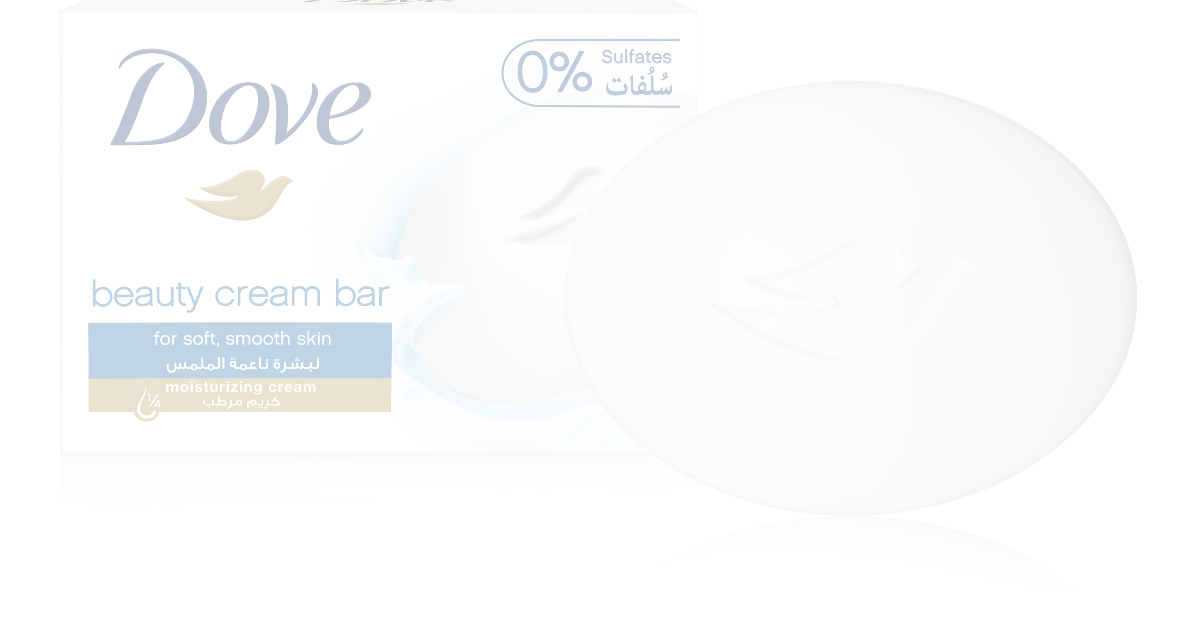 Dove is a famous global soap brand. Like many countless brands, this company's logo is inspired by Aphrodite, the Greek goddess of love, beauty, and pleasure. Therefore, Dove is one of her symbols adopted by the brand as it resonates with the brand message.

By using a dove logo, the company expresses that its products will make your skin smooth, buttery, and beautiful.

The color peacock you see in CNBC's logo is also inspired by Greek mythology.

Legend has it that Hera, wife of Zeus, had a hundred eyes, which were translated into colorful feathers, symbolizing that Zeus had the power of seeing everything. NBC, being a broadcasting service, incorporated the idea in its logo design.

Versace is a name known to all. It is an Italian luxury clothing brand that is known for its elegance and class, but the philosophy behind its logo design may stun you.

It has used the head of a mythological creature in its logo. According to the legend, the Medusa Head has snakes; anyone who looked into medusa's eyes turned into stone.

Moreover, it is also said that whoever fell in love with her never broke out of her charm. Using the latter myth, Versace informs the audience that you will never wear another brand for life once you wear Versace.

Maserati, as we all know, is a famous Italian automobile company that manufactures luxurious cars. Like other brands, it also has resonated its logo with greek mythology. To elevate the prestige of its brand name, the company created its logo after a mythical Trident of Neptune.

The Neptune symbolizes strength and vigor, and one more thing, the statue is located in the city of Piazza Maggiore, which also happens to be the company's home base. Undoubtedly, the logo design enhances the brand image and also strengthens the connection to its roots. 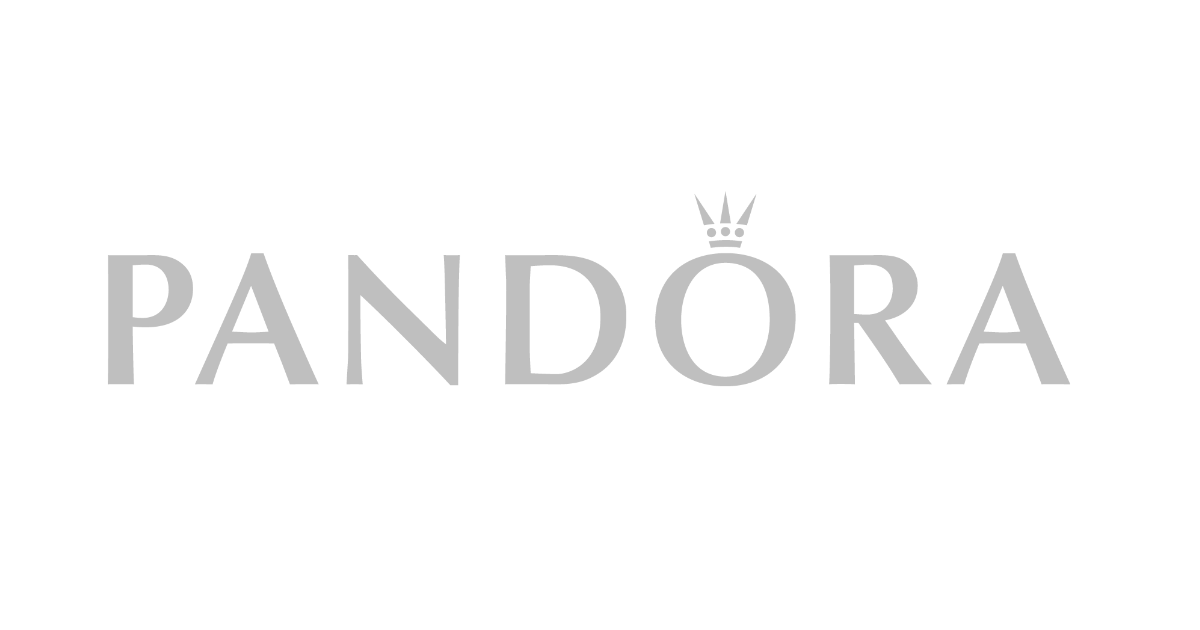 Pandora was a woman in Greek mythology who was gifted many traits like beauty, curiosity, charm, and cleverness. Therefore, her name Pandora means all gifted. According to myth, Zeus granted her a box, known as Pandora's box. The legend has it that when Pandora opened that box, she unleashed all the evils into this world along with hope.

Goodyear is a tire manufacturing company that has also incorporated Greek mythology in its logo design to make it look symbolic and impactful.

If you see the logo, it is pretty unique. You can see a winged shoe between the words that may confuse the audience about it being a shoe company. However, in reality, there is a mythical story behind the logo design.

The shoe belongs to Hermes, one of the most powerful Greek gods. He was the fastest of them all. Therefore, by adding his shoe to their logo, they added a sense of reliability and speed to their brand name.

Graphic design is digital art, and therefore, designers have a soul of an artist. One thing that can't be denied is that every artist gets inspired by history, stories, and myths. Therefore, we often see symbolic gestures in many logos of modern brands.

Ancient symbols inform the modern brand design and add the weight of credibility, meaning, and life to it. Furthermore, such logos help your audience relate to the conceptual message you want to express through your logo design.

It is a proven fact that symbolic logos have the power to attract the masses by engaging them in their inevitable charm!

Until next time, Be creative! - Pix'sTory made by Saif Malik

Currently managing the digital content at Techxide, Saif Malik is a writer at heart who looks at every aspect of life as a story looking to be told.