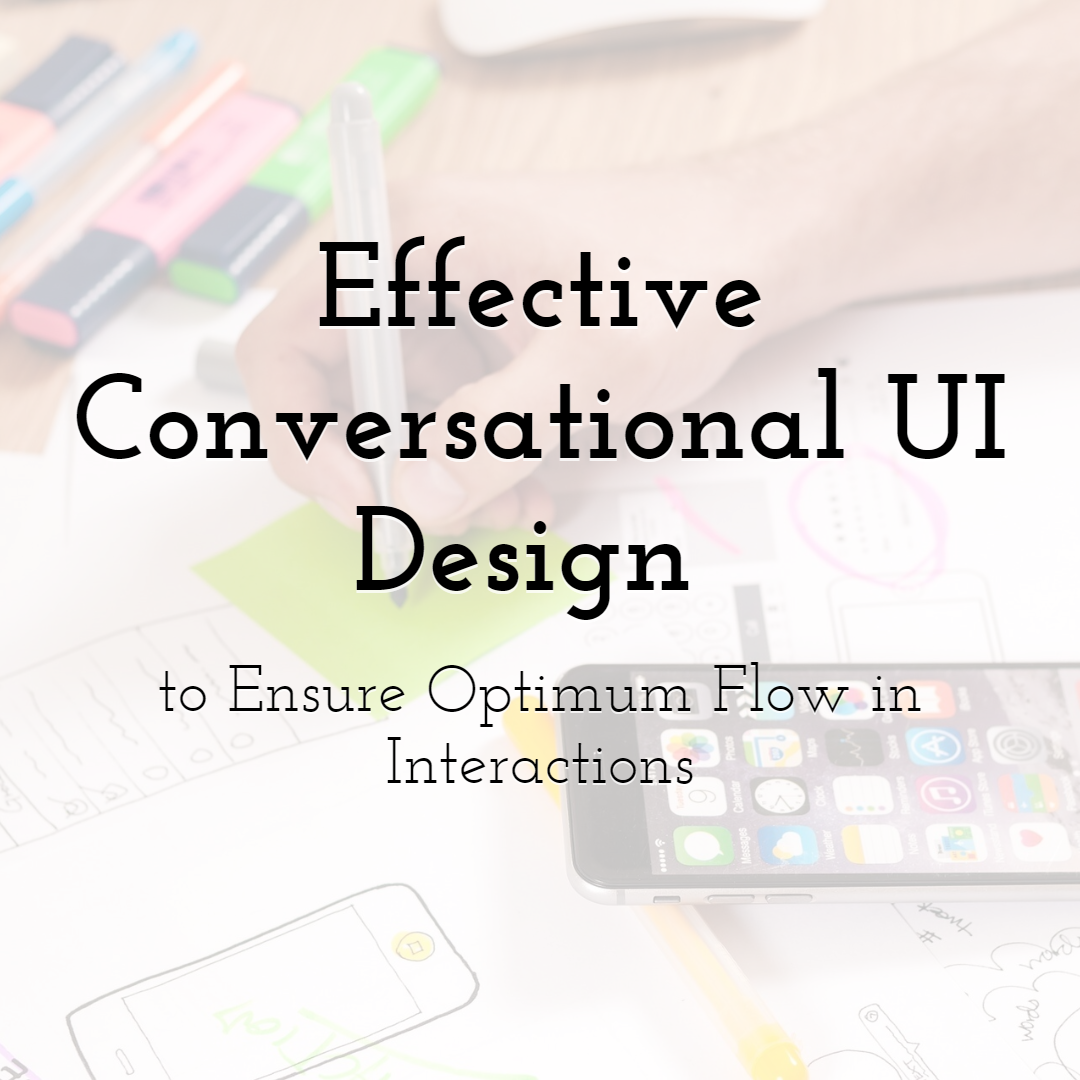 Standing in 2021, we are already too habituated to talk with machines. There are chatbots and virtual assistants everywhere. We speak with our intelligent speaker system, interact through messaging with customer care chatbots on Messenger or WhatsApp and guide the Google Assistant or Apple Siri about tasks to carry out on our smartphones.

The chatbots and machine-led interaction happen to be among the top mobile application UI design trends now. All these chatbot interfaces and interactive programs are equipped with conversational user interfaces.

Not all chatbots and interactive web or app interfaces equally engage an audience and drive conversion. This is because the flow of the conversation varies from one bot interface to the other.

How do you come up with the perfect conversational flow with the chatbot or interactive user interfaces? Here we are going to explain some tested and tried principles. But before that, let's get into a bit of basic.

What Is Conversational UI Design? 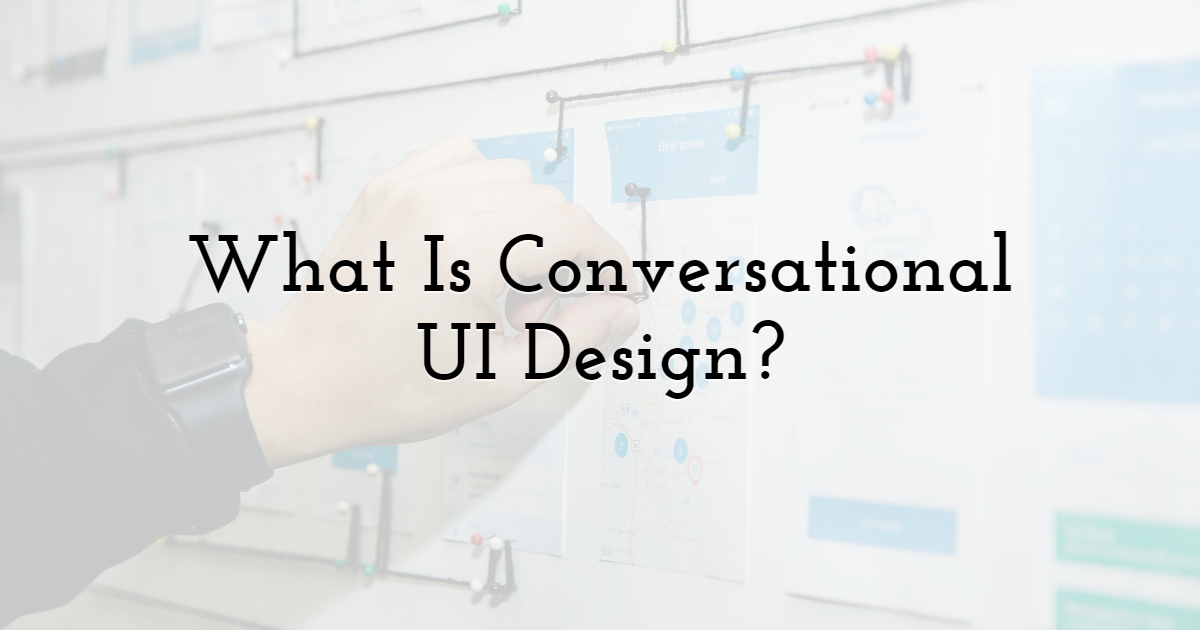 Whether initiated by the users through a query or by the bot through a suggestion or recommendation, the conversation should instantly engage the users with a natural conversational flow that they find helpful. Let us now explain the time-tested principles for creating conversational user interfaces. 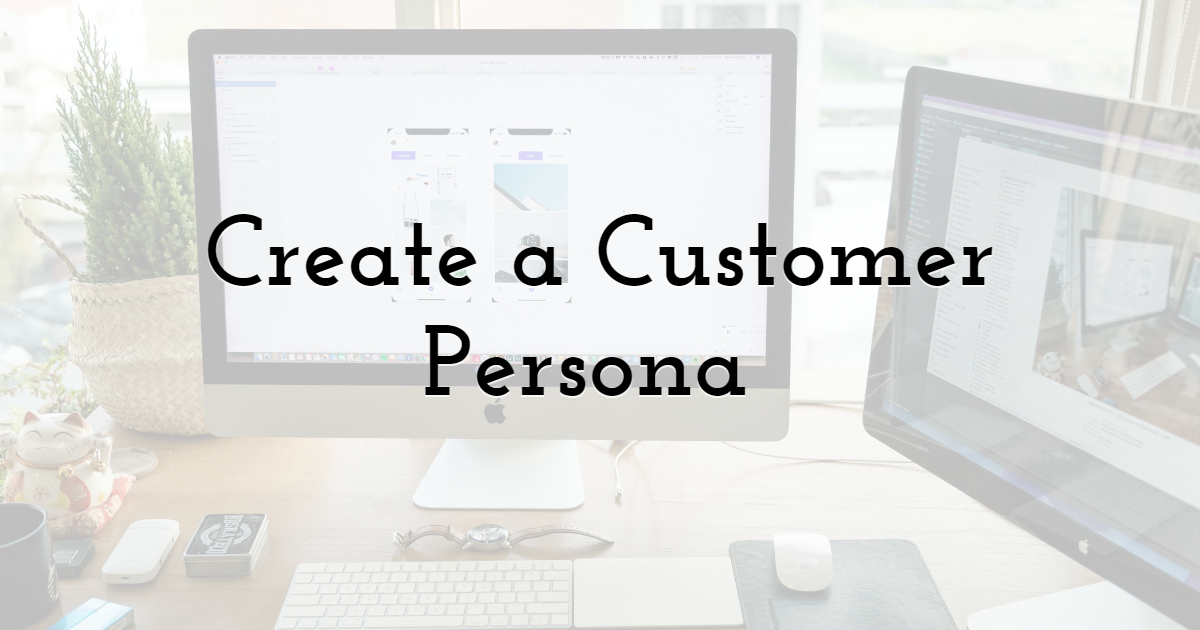 The primary and most compelling principle of conversational UI design is to have a clear idea about the participating audience before considering the design. For this, you need to create a lively persona of the customer the bot will interact with.

First, create the personification of the target audience with detailed attributes like demographics, occupation, social and financial status, customer behavior, qualifications and skills, behavior attributes, brand preferences, and as many details as possible. 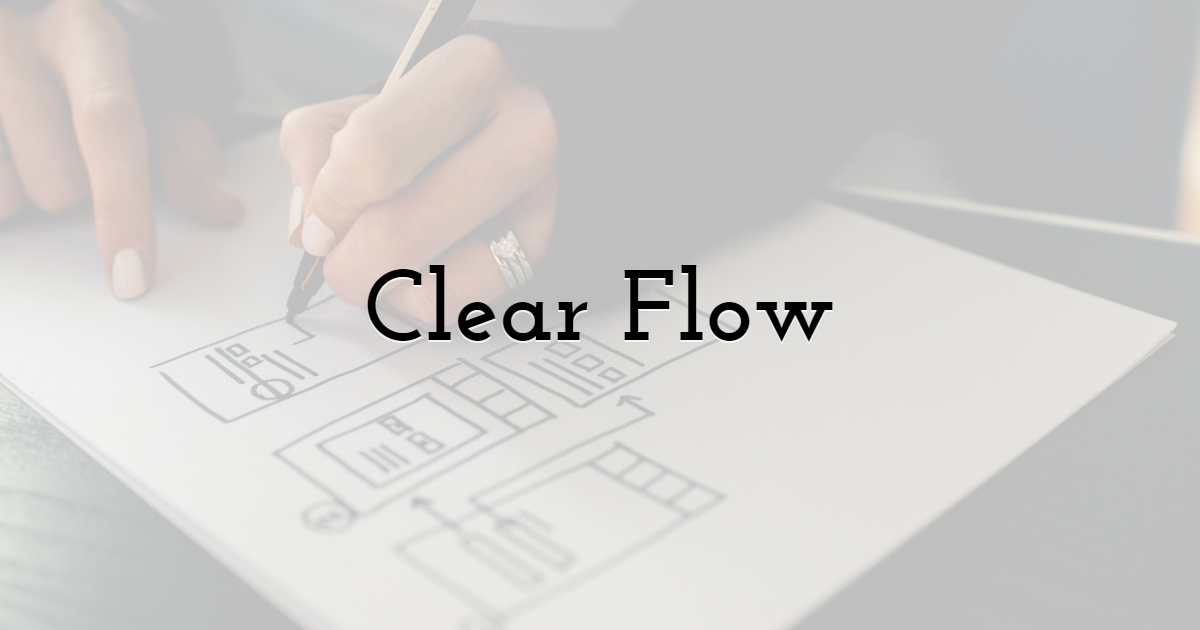 Instead of addressing all types of queries, ensure the interactive system remains focused on specific areas and purposes. You need to ensure solving specific customer problems and benefiting the target audience. At the same time, define the precise capabilities of the bot and its limits. Lastly, please make sure the bots, from time to time, provide hints about what they can do, and the options users have at their disposal.

As far as providing a smooth interaction flow is concerned, allowing easy data entry devoid of too many steps is very important. Try to reduce the number of clicks and data inputs to complete each action using a conversational interface. For instance, instead of asking users about location, a bot of a food delivery app can fetch the information from the system and confirm the same with a user.

For maintaining flow, it is essential to avoid open-ended or optional questions that require explanation. It is better to incorporate rather closed-ended objective questions quickly processed and answered by the system. 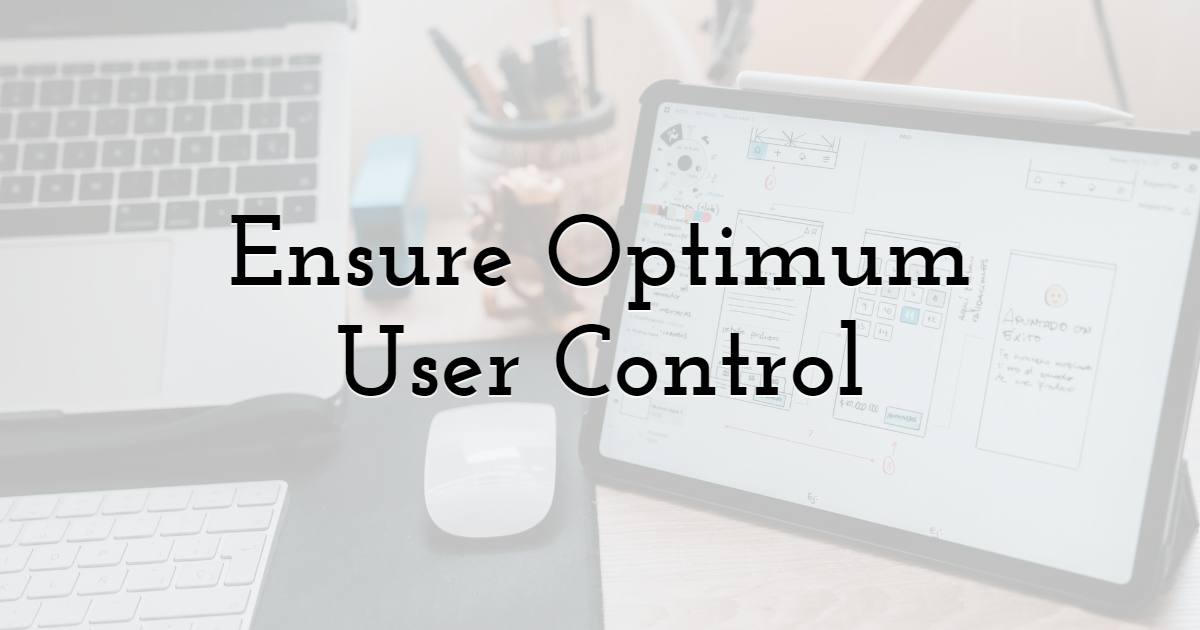 One of the certain principles for designing a conversational user interface is to allow optimum user control. The first thing is to provide quick feedback to users after every single action. For instance, use microinteractions like a typing indicator or an animation when the message takes few seconds to appear.

To help users stay in complete control, allow them to undo or cancel any action in between. This is particularly helpful when the users make wrong inputs and want to rectify the mistake by undoing it. Users should also be allowed to start the conversation all over again at any time.

Another important thing is to accommodate unwanted interruptions and to enable users to start the conversation again from where it is interrupted. In case of any input errors, ask users to confirm or give suggestions instead of rudely stating it as an error. 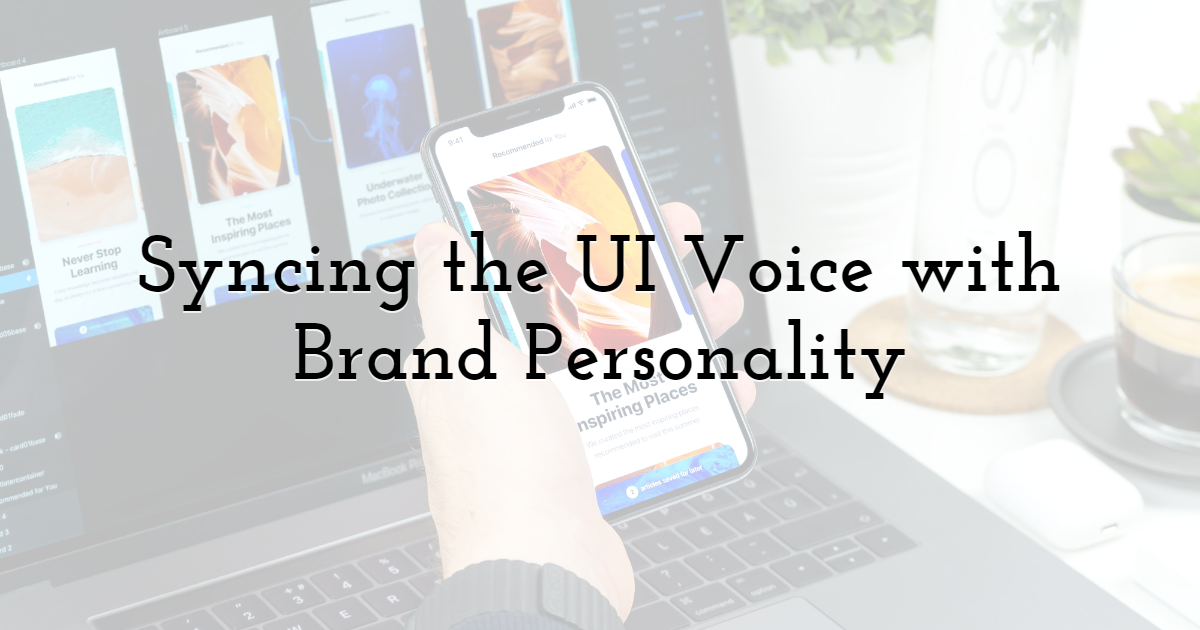 Now let's come to the most important aspect of designing a conversational user interface that instantly resonates with user expectations. As you have already figured out your target audience and the impetus behind their interactions with the bot, you can also figure out the right way bots should speak and the expressions that perfectly syncs with your brand personality.

The characteristics of your business should resonate with the chatbot symbol, the use of specific expressions, and the tone of the bot in voice communication. The chatbot messages, instead of sounding like advertisement texts, should be interactive and engaging throughout.

It would help if you also gave enough thought to the use of facial expressions in the reactions of the bot. Since we are often communicated better with visuals than words, the facial expressions of chatbots can plan an important role.

The winking, blinking, smiling, laughing out loud, sighing, and all other natural expressions also bring life to your bot's personality. All-natural emotions such as happiness, sadness, surprise, fear, disgust, and anger should reflect naturally and contextually in the expressions of the chatbot. 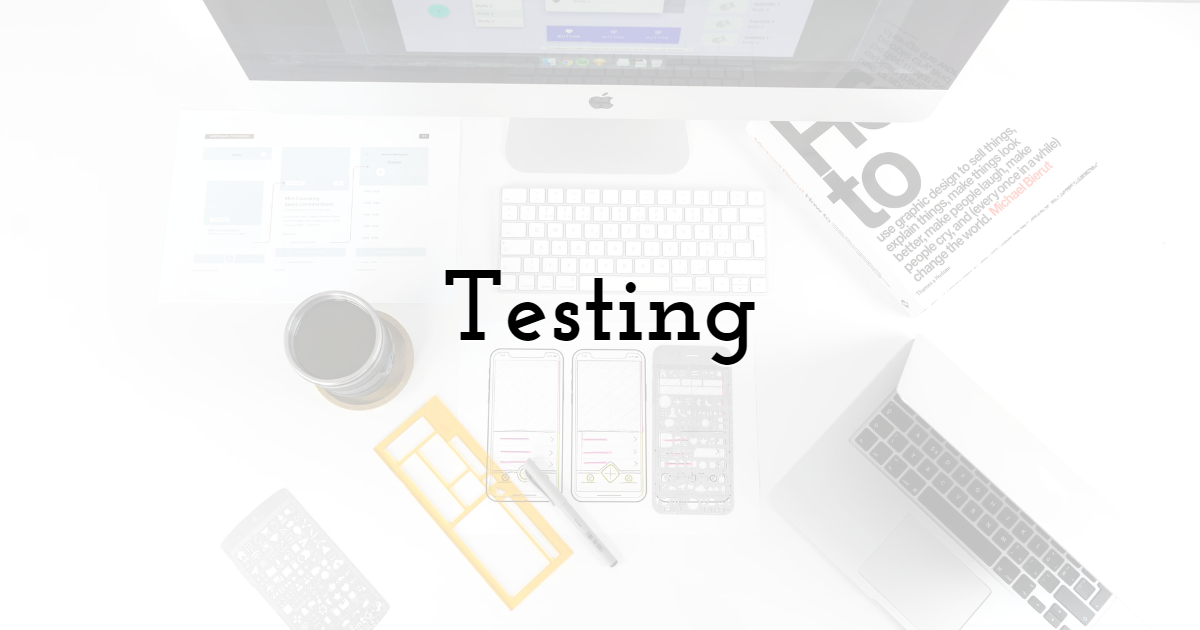 Though chatbots represent machine intelligence, they cannot be developed without human developers. The expertise of the app developers makes a significant and definitive impact in creating a user-friendly bot with a great conversational flow.

This is why chatbot developers need to try different interface options and conversational flow until the perfect chatbot is shaped. To build a great chatbot with an easy and streamlined conversational interface, one needs to conduct extensive research on various interaction models and test how the target audience prefers them.

Conversational user interface design is a barebone user experience design that facilitates the right flow of conversation that satisfies user queries and meets user expectations. All the above considerations are critical to the success of chatbot design.

Until next time, Be creative! - Pix'sTory made by Jamie Waltz