The History of Flat Design: How Efficiency and Minimalism made the Digital World Flat 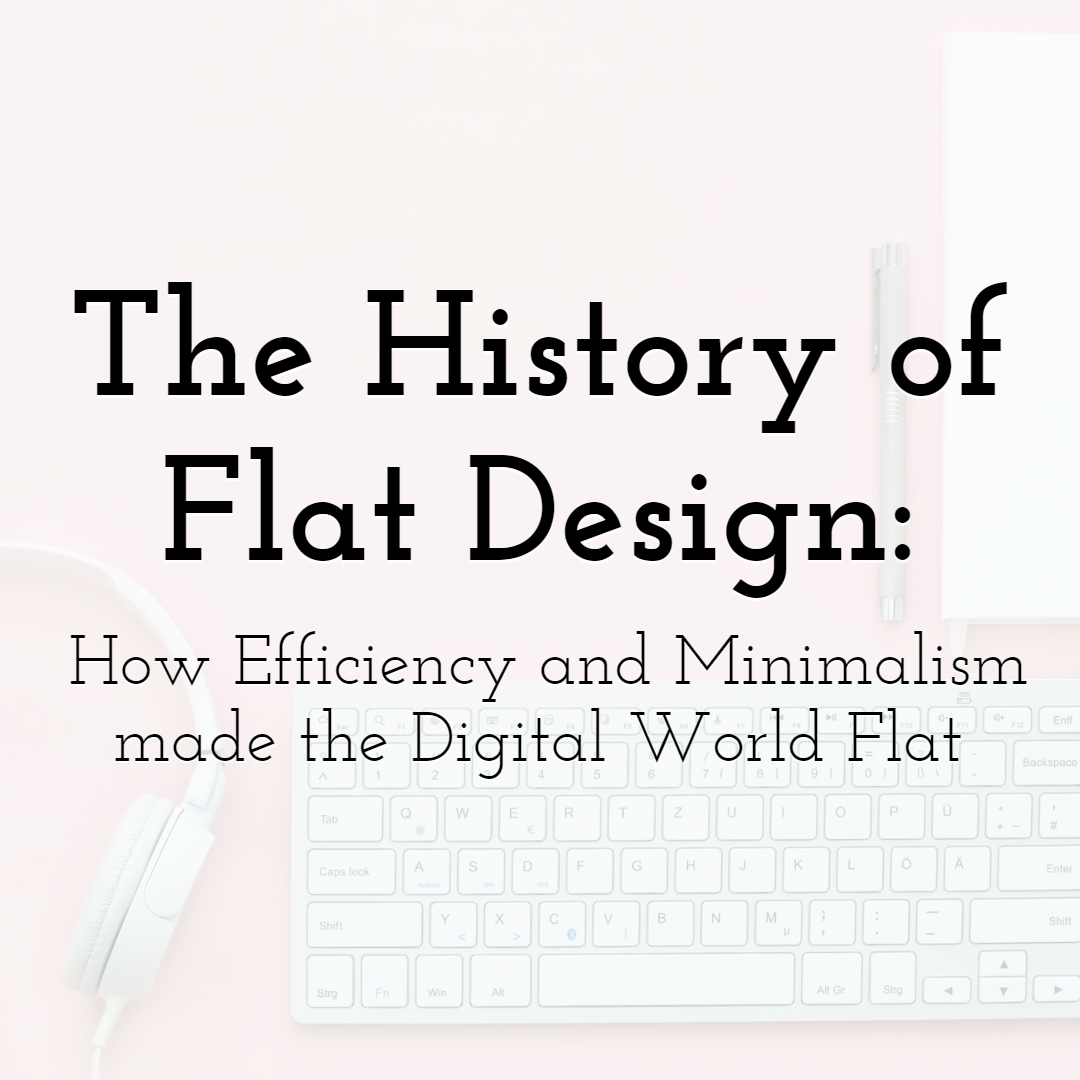 In this article, I summarised an interesting note by TheNextWeb author Amber Lee Turner, which tells about the origins of the appearance of flat design, how it changes interfaces now and what will happen with a flat style in the future.

Young designers and students will particularly benefit from getting to know the flat design, as well as from using essay writing help.

If you are at least a little interested in graphic design, you have heard about the term "flat design." It first appeared on the Web a few years ago, and recently flat design "shot" and became super-popular thanks to large companies that actively used flat design.

But where did this flat design come from? And why do we see it on the Internet? Like everything in design, knowing the history of this style will help you make more informed decisions when using flat design.

Let's see what a flat design is, what design trends of the past influenced it, and find out how it became so popular.

What is a Flat Design? 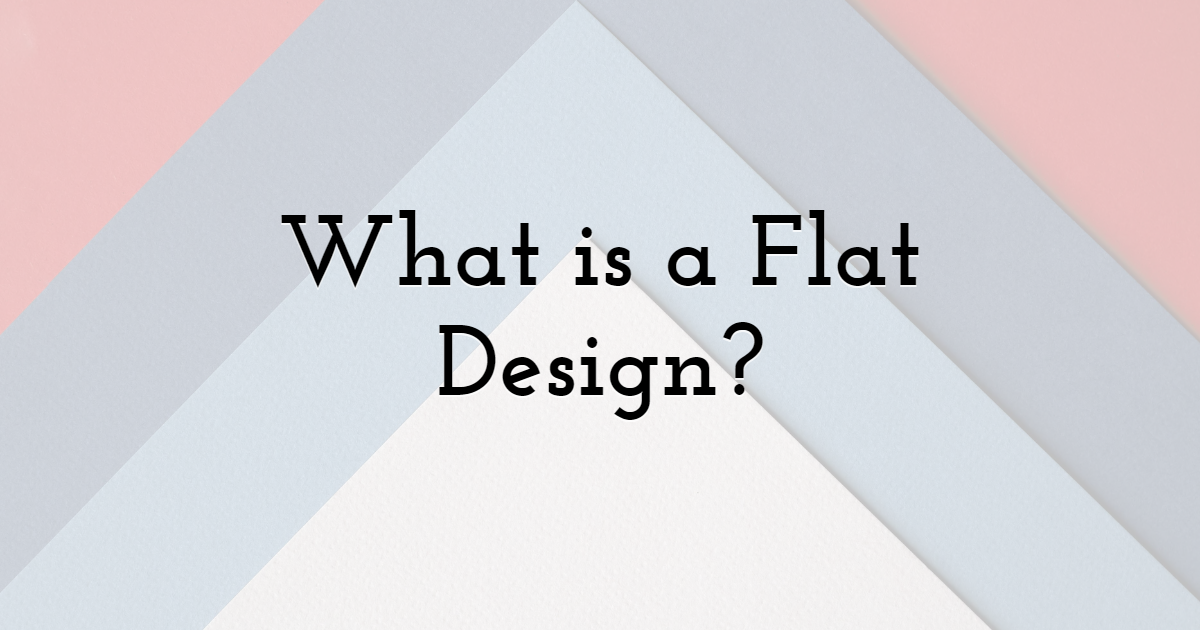 Those of you who are not familiar with the meaning of flat design should know that flat design is a style in design in which the elements are devoid of any stylistic features. They do not resemble real objects' embodiment (the so-called skeuomorphism).

From an unprofessional point of view, flat design is devoid of such elements as gradients, shadows, and textures, which are designed to make the elements more voluminous and realistic.

Today, it seems that designers are strongly attracted to flat design because it is perceived as fresh and modern and allows you to focus on what is most important: the content and message.

By getting rid of all sorts of stylistics, designers make their projects more long-lasting, and now using a flat design is the correct strategy.

However, this does not mean that other styles are not taken into account at all. Often, to denote the opposite of a flat style, the term "rich design" is used, characterized by the presence of many various decorations - bevels, reflections, shadows, and gradients. "Rich design" is used to make things more "tactile," more convenient for users viewing the website and using mobile applications.

It is important to understand that "rich design" is not the same as skeuomorphism. Skeuomorphism involves the conscious use of physical analogs of certain elements (toggle switches, buttons, skin textures, etc.) to look familiar to users.

Where Did The Flat Design Come From?

Most of what we see now on the Internet or digital comes from print and artistic ancestors. It is difficult to say exactly when the era of flat design began and its origins, but there are several clear periods in design and art from where the flat style drew inspiration. 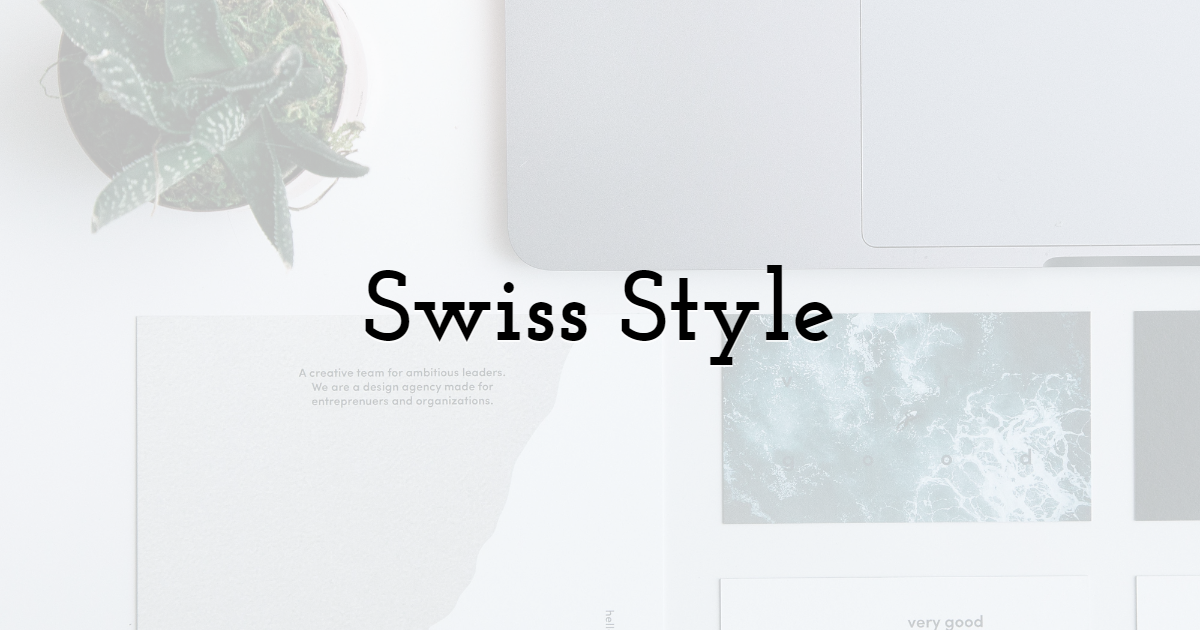 The Swiss style (sometimes called the International Typographic Style) is the first source of inspiration for a flat design that comes to mind, so it's worth dwelling on it in more detail.

Swiss design is focused on the use of guide grids, sans serif typography (the so-called "grotesque" - approx. trans.), and an understandable hierarchy of content and design. During the 40s and 50s, Swiss design could often be found in many photos as an element of decoration.

Typography is one of the key elements of the Swiss style, and it is impossible not to mention the Helvetica typeface, which also appeared in Switzerland in 1957 and is actively used to this day.

It is interesting to observe how flat design was used even before Microsoft and Apple introduced it into their developments and made it popular. The Swiss style can be traced even in Germany in the 20s of the XX century. At that time, it became trendy, and the famous German Bauhaus school used its elements - art lovers will not lie that in the Bauhaus, a great emphasis is placed on typography, which has much in common with the Swiss style. 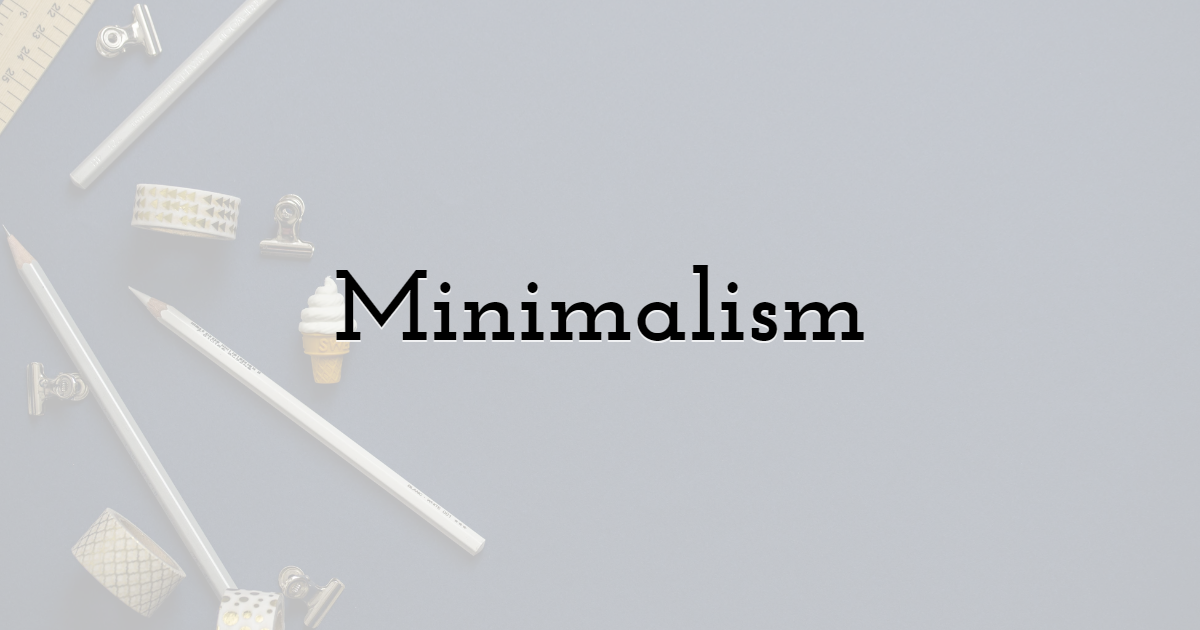 A huge influence on flat design can also be found in the history of minimalism. Today, the term "minimalism" is often used on a par with flat design, but minimalism was popular long before the advent of flat design. Minimalism has its long-standing traditions in architecture, fine art, and design.

It is safe to say that the mixture of Swiss style and minimalism has greatly influenced the digital world's flat design and modern look.

The Era of Flat Design from Microsoft and Apple

History repeats itself, and the same is true for flat design. As we learned above, flat elements could be found back in the 20s of the XX century.

Quite a lot of single designers have worked with a flat design, but Microsoft and Apple made it so popular. Well, let's talk about them.

Microsoft and the Metro Interface 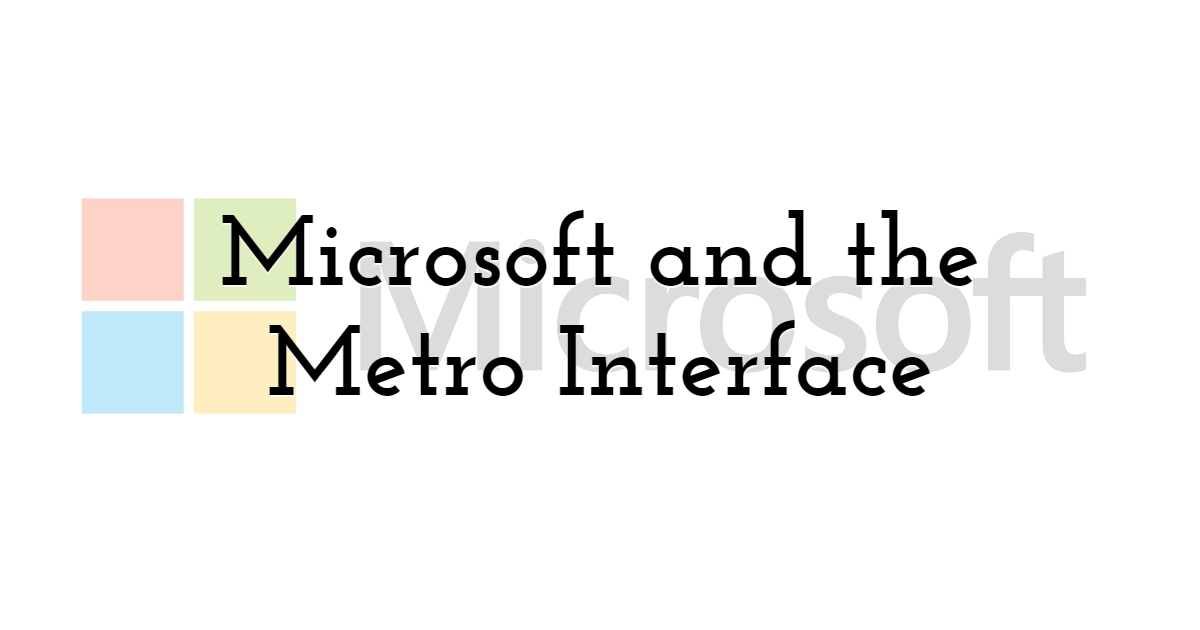 Microsoft started working with a flat design long before the appearance of the Metro interface. In the mid-2000s, Microsoft released a competitor to the iPod-the Zune player.

With the release of Zune, a unique design style appeared, the emphasis of which was placed on large-scale typography. The design of the Zune software was very different from most Microsoft software products of that time.

After all, Windows Phone 7 was released only at the end of 2010, and the design of this mobile operating system took a lot from the Zune software interface. Large and bright shapes based on guide grids, sans-serif typography (grotesque), and flat icons.

How Apple Shook it Up 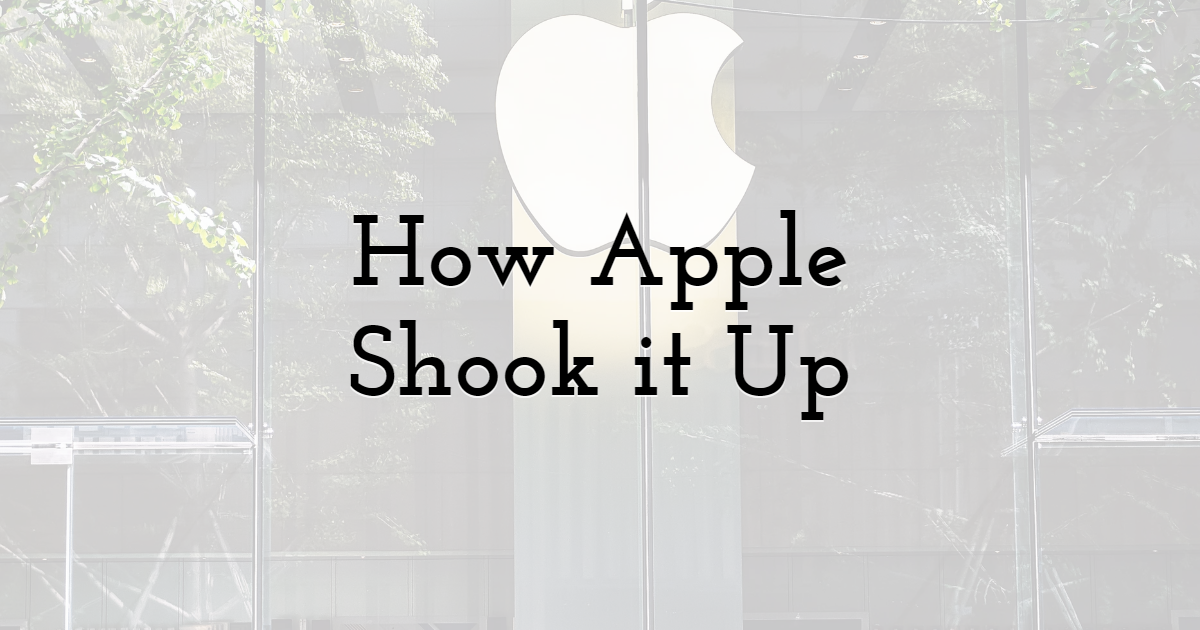 Even though Microsoft has been working on a flat interface for a long time, Apple also had trumped up its sleeve. At first, Apple slightly hinted that it was going to abandon skeuomorphism, and with the announcement of iOS 7 in June 2013, it became clear that they were determined to use a flat design.

Since Apple had many adherents at that time, the release of the "flat" iOS 7 made this design style more popular than ever. And it happened in a short time (meaning a quick transition from iOS 6 to iOS 7-ed.).

The aesthetics of Apple's design greatly influenced the design of mobile applications and websites because most designers finally began to consider this style the most modern and suitable. When Apple switched to a flat style, skeuomorphism instantly became obsolete, and a huge number of sites and applications urgently needed a redesign.

This is visible on mobile apps that have seriously changed their design and interface to meet the standards of iOS 7. And this helped users to get used to the flat iOS 7 relatively quickly. 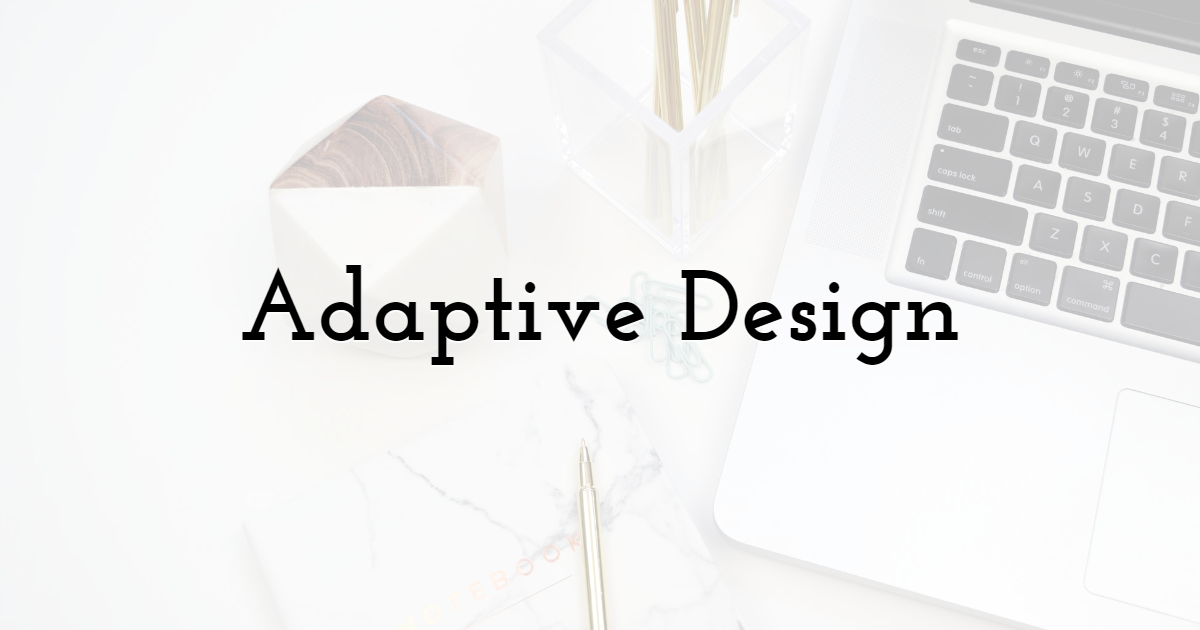 It is also worth noting that one of the reasons why flat design has become so popular is the so-called "adaptive design." With the development of Internet technologies, users of various devices began to use the Internet primarily from mobile devices.

This forced designers to use responsive design to make websites look equally good on full-fledged computers, smartphones, and tablets. And the designers used a lot of "flat" elements when developing adaptive sites.

A flat style allows web design to be more effective. Without unnecessary interface elements, sites load faster, allowing the user to focus on the content. This also corresponds well to the trend of increasing the resolution of mobile device screens.

It is much easier to display clear and simple forms and typography than to load heavy images every time that look different on different screen resolutions.

The Future of Flat Design 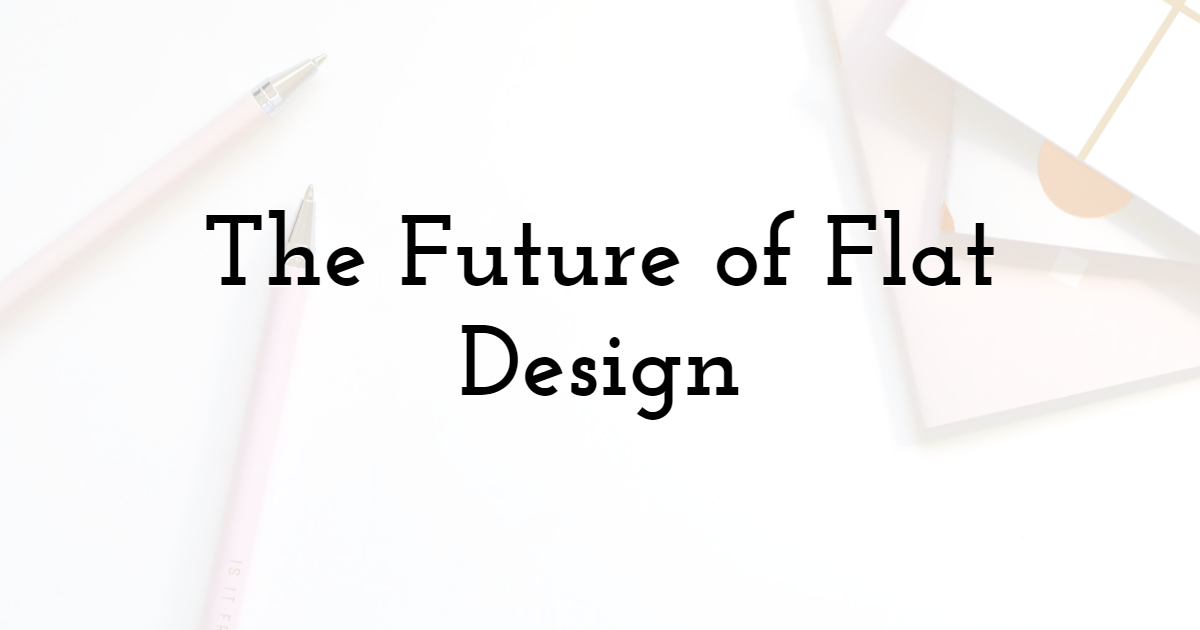 Of course, we do not have a glass ball that predicts the future, but it is quite obvious that flat design, like everything else, is eternal and will later be replaced by some other style. After all, flat design has obvious drawbacks, and designers will experiment further, eventually leading to the emergence of a new dominant style that will leave the flat design in the deep past.

In this regard, it is interesting to observe what design work is currently being done at Google. On the one hand, their applications have many flat elements, but Google has not abandoned many elements of skeuomorphism - for example, they still use shadows.

The "corporation of good" wants to take the best from each style and create its own unique style. Whether you choose the flat design or something else, it is way easier to work on it with PixTeller.

Now flat design is perceived as an exciting fashion trend, and this is certainly an important milestone in design history. But do not forget that in many ways, flat design is just the reincarnation of Swiss style and minimalism in the new digital world.

Until next time, Be creative! - Pix'sTory made by Alicia Burmeister