How are Graphic Designers Different from Logo Designers?

There is a misconception that designers and logo designers are two same people, however, this is not the case. Graphic designing as a whole is a massive career that includes a specialized field of designing. In this article, we will discuss how these two are different, but first, it is important to know who a designer is.

A designer is a person who conceptualizes and then executes an idea that comprises structures, patterns, etc. They magnify their productivity and enhance their quality of work by using technology such as software, apps, etc.

There are various types of designers around us, such as fashion, graphic, real-estate designers (known as architects), etc. These designers are further classified according to their specialized fields. For example, under the broader umbrella of a graphic design are logo designers, layout designers, etc.

When we use the term design, we are talking about a vast subject. Design is not just a piece of art created by merging some shapes and text; instead, it is a whole subject that requires relevant studies. Designers study design, how to create one, how to use different tools, what patterns and colors are to be used, and most importantly, how a meaningful design is created that has the power to communicate a strong message.

What Does a Graphic Designer Do? 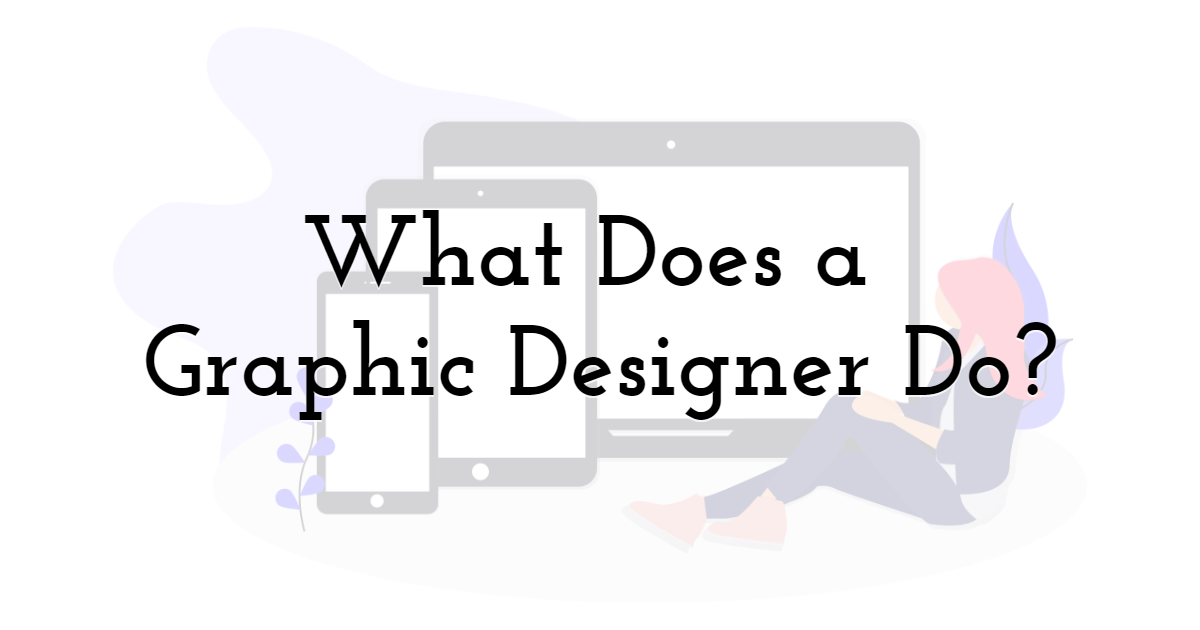 A graphic designer, with the help of various tools, design anything that is used to communicate a message visually, for example, posters, billboards, banners, business cards, letterheads, etc.

They have theoretical skills along with the expertise to use different design software according to the requirements, they know the nitty-gritty of all the platforms that they are supposed to design for, and they are also more creative and flexible because they have a vast field to explore.

What Does a Logo Designer Do?

A logo designer, as the name refers to, designs logos. Their work is simpler than that of a graphic designer because their area of work is limited. They have relevant knowledge and expertise to create logos for all sorts of brands. They also use design software to create logos and play with different typographies, colours, shapes, etc.

While we say their work is simple, it is also important to mention that it is simple. It is technical as well. Logos are small in size, and hence, it is difficult to convey an impactful message in a limited space. Designers have a lot to deal with because it should be trendy, simple, aesthetic, and unique at the same time. Hence, designing a logo is complicated as compared to other things.

Now, while we are discussing the differences between the two, let's also have a look at the similarities:

Be it a graphic design or a logo designer, both have their distinct identity, and in the future, more individuals will pursue a career in these two fields. It is a common phenomenon that with time trends change, and designers have to keep a check on those to deliver trendy designs to their clients, but no matter how many trends come and pass, the basic formats and principles remain constant.

However, as technology advances and new designing tools are introduced, work for designers will simplify.

With a massive digital shift that is being observed worldwide, we see a bright future for designers in the future. As brands shift towards online platforms, they will focus on their brand's marketable and commercial aspects of their brand, and here, designers will play an integral role. From logo designing to designing business cards, everything is in the hands of these designers.

In conclusion, we would once again clarify that in no manner are graphic designers and logo designers the same people. They are two separate professionals who work in their designated area. They do have some similarities, but that doesn't mean that they are the same.

Until next time, Be creative! - Pix'sTory made by Lorenzo Bono